We’re in a predicament with COVID, once again, as it turns out to be the gift that keeps on giving. After our most recent wave of illness in December and January, cases fell, but our fatigue and dismay at this continuing intrusion into our lives persisted. We’ve little appetite to continue with the constraints we’ve put up with, and political leaders across the country have trumpeted success against the coronavirus and a pending return to normal. The public has generally welcomed this news enthusiastically, if uncritically, thronging to various spring venues unmasked and in unaccustomed proximity to one another.

Most provinces have stopped releasing daily case counts along with reduced testing, and vaccine passports are gone. Vaccine campaigns seem stalled, and there’s reduced interest in the antigen test kits for home use which have finally become readily available. Fewer of us are masking, though masks are easy to find and discarded here and there close to sidewalks and walking trails.

It’s a peculiar time in that the virus has not gone anywhere, except in our uncritical thinking. A new version of Omicron has been identified: the BA.2 variant. It is even more transmissible than its troublesome predecessor, and it’s ubiquitous. Case numbers are rising. Europe’s numbers are on a tear again. Shanghai and Hong Kong are in rolling lockdowns, and across Canada waste water assessments of antigen levels – the most accurate assessment we’ve been left with! – have begun to climb, a possible, even likely predictor of more overt clinical illness to come. 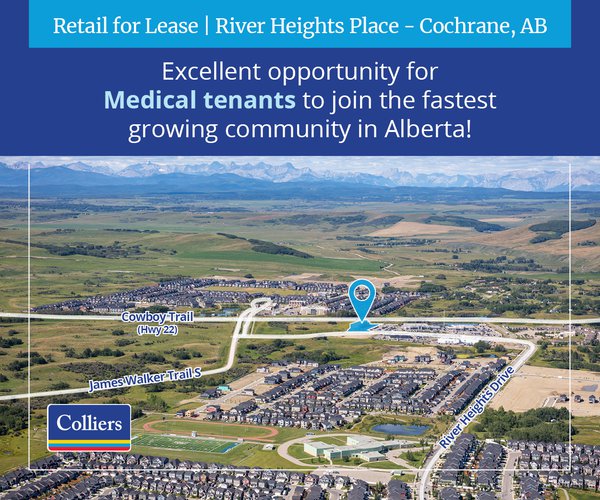 The virus has not gone anywhere, except in our uncritical thinking (photo credit: Parastoo Maleki, unsplash.com)

Many observers think that things won’t get too bad. An effective antiviral, Paxlovid, has come to market and is effective if used early. Our vaccines still seem to prevent the most severe forms of illness, though the immunity wanes over time, particularly in the elderly, and periodic boosters may be needed. Many have already received a third shot or booster, and Canada’s National Advisory Committee on Immunization has concluded that provinces should urgently deploy fourth booster shots for long term care residents and the elderly, an initiative already underway in several provinces.

Though we haven’t reached the “bursting at the seams” levels of hospitalization of several months ago, hospitalization levels in most of the provinces are trending upward at a time when most political leaders are reluctant to talk about a sixth wave of the pandemic, never mind a return to indoor mask mandates or limits on public gatherings. Some suggest we’ve backed off measures too soon, that the suggestion we learn to live with COVID is the wrong one and will involve more hospitalizations, more deaths, more cancelled elective care.

I’m in this camp. We’re in a sixth wave of coronavirus despite our reluctance to admit it. I’d like to think, however, that we’re over the hump of our most extreme difficulties with COVID. Our prior vaccinations, along with the extraordinary contagiousness of Omicron, may have engendered a level of immunity such that repeat infections, or new ones, will be milder and less disruptive.

Though we’ve been too eager to proclaim victory against COVID, it’s understandable. We’re tired of mixed and inconsistent messages, and we’re exhausted at the rollercoaster ride we’ve been on for two-plus years. There’s grieving left to do for our individual losses. Many families have been driven apart by conflicting but strongly-held views regarding the genesis of COVID, its treatment, and our moral responsibilities to one another.

Context is important, too: We’re in a sea of troubles not directly related to the virus and as epic an event as it has been, our pandemic is no longer our top-of-mind concern.

Russia’s brutal war against Ukraine has killed tens of thousands of soldiers and civilians and has displaced millions. The violence continues, affecting and even implicating all of us. During our preoccupation with COVID, there’s been no pause in the opioid epidemic that is killing our young. Fires and storms are commonplace as extreme weather events remind of us of our stalled progress with respect to climate change. There’s more. Violent crime is up. Suicides are up. Our mental health is poor and failing.

Why we should be afflicted so severely and on so many fronts is puzzling. Not too long ago, say at the fall of the Berlin Wall in 1989, it was possible to consider the world more optimistically and with a better future. There has certainly been progress, of a kind. On the science front, we’ve achieved gene mapping, our vaunted vaccines, AI, robotics and space exploration. Perhaps there’s been some attenuation in world poverty and hunger, but universal suffrage and broad economic growth remain elusive.

Some find that globalization has been at fault here, both regarding our uneven progress as well as facilitating the early and continued dissemination of coronavirus and whatever other contagions await us. Globalization, it can be argued, has accentuated the worst aspects of ourselves, rendering the world a homogeneous marketplace dominated by self-interest that exacerbates inequities in wealth and power and adds new hierarchies. Digital communications have made it easy for demagogues everywhere to tap into cynicism and discontent. Authoritarian leaders have come to define the politics of China and Russia but are evident too in France, Austria, the USA and elsewhere.

There’s a bad feel to our circumstances. Atrocities seem commonplace, and there is the sense that anything can happen to anyone and at any time.

I’ve wondered what to call this vexing time, with concurrent streams of bad news matched with our inability to do much repair, our impuissance. Some call it the Age of Anxiety, but the Age of Anger would do as well.

Lines of the W. B. Yeats poem The Second Coming have taken up residence in my head:

Mere anarchy is loosed upon the world…

They seem to capture the angst and even the dismay of our present circumstances. On looking into it, I find that this poem was written in 1919, just over a hundred years ago, to portray a world spinning out of control, with chaos and pessimism everywhere. It was a time not that dissimilar to now, with the disruption of World War I, the scourge of a worldwide influenza epidemic, and the foreseeable development of fascism and authoritarianism.

Things haven’t changed that much. Ours is a world in need of repair and new revelations – or at least a reboot. Perhaps we’ve been this way before?

On a separate but related basis: I’ve bought more masks, more sanitizer. I expect to use them.