When Dr. Michael Bullard retired in 2018, the emergency medicine community lost a true giant. He has cared for patients on four continents, taught generations of students and became a world leader in emergency medicine, in knowledge translation and in triage, and acute care global health initiatives. 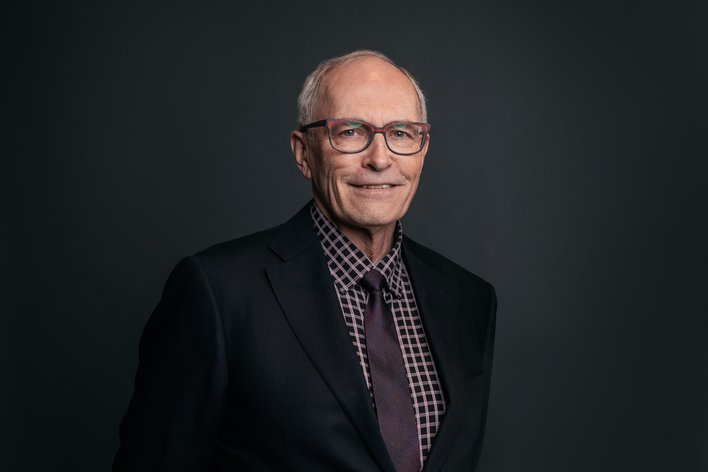 He received his medical training at the University of Alberta, at Foothills Hospital in Calgary, and at Luton and Dunstable Hospital in Luton, England. He was one of the founding members of Emergency Medicine in Canada, receiving his Fellow of the Royal College of Physicians specialist certification in 1985. In addition to working at various hospitals in Canada and England, he was one of four doctors operating a 300-bed general hospital in South Africa, acted as visiting professor and consultant in Emergency Medicine in Taipei, and spent 10 years in Southeast Asia helping to develop the specialty of emergency medicine there.

After returning to Canada in 1998, he became a driving force behind the development and spread of the Canadian Triage and Acuity Scale for use in hospital emergency departments. In fact, the CTAS triage tool he helped to develop has become the standard of care in all Canadian emergency departments and EMS services, and is currently being used in 11 other countries. More recently, he has focused on establishing provincial knowledge translation, working with multiple provincial strategic clinical networks and the Alberta Clinical Pathways Steering Committee to get the best medical evidence into the hands of frontline medical professionals.

When doctors think about retirement, they hope they will be able to look back on their careers and see evidence that they made a difference in the lives of their patients, their colleagues and in their communities. A rare few will leave a lasting legacy. Dr. Bullard is among those remarkable few. He has made the world a better place, and he will leave behind not just something for others to use, but something of himself.