Climate change has become the existential issue of our times

Though we often hear colleagues refer to the tangle of their personal lives, saying, “It’s complicated...,” the issues we all face on an overheated planet are more complex by many orders of magnitude. I’m referring, of course, to climate change – which has become the defining and even the existential issue of our times.

We accommodate the grim warnings of scientists in different ways. Deniers shrug off the near unanimous opinions of experts with a “see no evil, hear no evil” blinkered response. On the other hand, there are enthusiasts who take extreme positions, foregoing all customary technology, to adopt lives that are starkly different from the mainstream majority. Most of us are somewhere in the middle, caught up in the sway of burgeoning technology and our own busy lives. We try to make trade-offs that are greener or environmentally more friendly than we’re used to, attempting to assuage our ill-defined guilt.

We haven’t come very far, individually or collectively. We’re reluctant to pay much for a greener world through taxes or any other way. As our carbon emissions grow and grow, we continue to burn down Amazon rainforests at the same time that our ice fields thaw at relentless speed. For sure there are achievements we can point to, involving solar, battery or wind technology, but our successes seem puny, given the mammoth job at hand.

To compound things, we don’t know where we are in this dilemma. Half the world, or thereabouts, can be accused of energy gluttony, while the other half faces the unending challenge of finding sufficient food, water and shelter. The intemperate world, if I can call it that, is reluctant to forego its historic energy dependence and extravagance but is preoccupied with career and consumer activity in a mercantile society. The less developed world, on the other hand, welcomes its gradual amelioration of poverty but looks to emulate the gizmo-filled and profligate lives of the more wealthy. 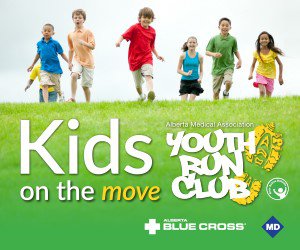 Half the world, or thereabouts, can be accused of energy gluttony, while the other half faces the unending challenge of finding sufficient food, water and shelter. (Photo credit: Orlando, pixabay.com)

It’s hard to chart a course here, so that when we do consider climate change, it’s most often momentarily and guiltily. We’re waiting for a breakthrough – perhaps a new way of accessing, storing or transporting energy – that will be a technological silver bullet, allaying our further concern.

We’re in gridlock in a Catch-22 scenario. I relate this to our overly complicated world, and, as a biologist, to the relative brevity of our evolutionary history. Though our genus “Homo” dates back 500,000 years, anatomically correct humans – anyone we might recognize as a neighbor – didn’t appear until 200,000 years ago. It wasn’t until 30 to 60,000 years ago that we developed anything we’d recognize as culture, with more sophisticated weaponry, artwork and burial ceremonies.

For millennia, we were hunters and foragers who only recently aggregated into more communal, centralized lives 10,000 to 12,000 years ago. Our facility with written language dates a scant 6,000 years. The printing press and the scientific method are perhaps 500 years old, and our much-trumpeted digital age is all but brand new, even as our global numbers have ballooned to approach eight billion. We cover the globe, are forced to admit that we’re peaceable only at times, and subscribe to a welter of languages, beliefs and values. In this tentative, jittery state, coping with change and, paradoxically, with gridlock has become a paramount feature of our lives as we look for agency and room to manoeuvre.

In this entanglement, British anthropologist Robin Dunbar’s work attempting to correlate brain size with social development may be germane. Dunbar reasoned that our present brain size and capabilities developed through our history as members of small bands of hunter-gatherers. The size of the bands, as assessed by Dunbar, approximates 150 persons, and this in turn may reflect a cognitive limit to the number of people we, as tribal individuals, can work and maintain stable social relationships with.

We’re not capable of thinking about very large numbers and the byzantine issues which confront us. Given our lineage, we’re more attuned to matters – both threatening and promising – which are proximate, close at hand. We’ve not had time, accordingly, to morph or evolve into super-individuals, capable of altruistic responses in complex and interdependent environments. As well, we’ve become accomplices of growing complexity, with our predilection for “stuff” and our fascination with technologies that are ever more absorbing.

Social scientists have introduced us to the notion of “wicked problems” or societal concerns that lack simple, straightforward solutions. In this context, climate change can be considered “super-wicked” for several reasons:

We need to address this problem rationally but expeditiously, locking in small successes and building new economic interests that can support new skills and embrace new societal norms. Progress will require super-broad alliances.

We’ve made headway. The Paris Agreement is a landmark environmental accord adopted by most nations in 2015. It seeks to reduce steadily rising global temperatures as we pump out more CO2 and methane than ever. Each summer, we hear, is warmer than the one before and pundits remind us that the last decade’s the warmest in 1,300 years. Any further temperature rise beyond two degrees Celsius will prompt mass extinctions, drought and hurricanes, and we’re warned to hold any temperature increases to less than 1.5 degrees Celsius.

At present, countries work toward self-imposed reduction targets – known as nationally determined contributions – for their emissions. We’re beginning to see that there’s tough slogging ahead. Even as China and India have recently reaffirmed their commitment to implement domestic measures, the USA has begun the three-year process of withdrawing from the accord. As well, observers suggest that we’re in trouble, even at this early stage, regarding both CO2 emissions and inexorable warming. This is profoundly concerning, since we haven’t begun to consider stretch targets for the lower emissions we know must be ahead, and we haven’t begun to plan for the enormous financial dislocations that will arise. Our long-term prospects will require that we change most everything about the way we eat, travel and conduct our lives. As well, we’re going to have to look after those impacted most, at home and elsewhere.

It’s messy. The goalposts, if we can see them at all, keep shifting as we wake to our fraught circumstances. The good news, if there is any, is that the fires and floods, and storms of the last several years have made climate change more than a theoretical threat. Change is in the air, even cause for minor optimism. Docs have joined the battle, with the Canadian Association of Physicians for the Environment, and the Canadian Federation of Medical Students. There are teenagers in the streets, joining older folk and our collective concern for the planet is growing.

We know it will take all of us. Hear Greta Thunberg, the 16-year-old climate activist who recently addressed the UN General Assembly and headlined a rally in Edmonton:

“How dare you continue to look away and come here saying that you’re doing enough when the politics and solutions needed are nowhere in sight.”

We need heroes like Greta, but we need to become heroes ourselves.

If we’re fortunate enough to get it all together, the world is about to change. Big Time.