We’ve read many articles over the last two years on reforming health care. These start off bemoaning what we all know – lengthy wait times, overcrowded emergency rooms, a dearth of medical and nursing staff, staff burn-out, too few hospital beds, too much administration – ending with warnings of imminent collapse and then close by limply suggesting that “reform is needed.” But it’s not just here in Canada. Most countries are having similar problems. Britain’s National Health Service has 11,000 medical staff and 46,000 nursing positions unfilled.

These articles remind me of Spike Milligan’s poem I Must Go Down to the Sea Again. Milligan’s poem opens by similarly soaring like a rocket but ends like the falling rocket stick.

“I must go down to the sea again,

To the lonely sea and the sky.

I left my socks and shoes there,

I wonder if they’re dry.” 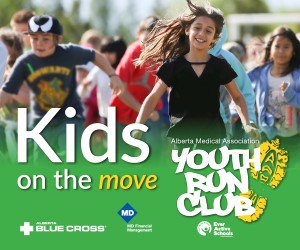 The proposed solutions? Legislating “changes” to the Canada Health Act – this should only take a few years.

In thinking about some practical solutions, I thought “hang on – I’d better check with the AMA to make sure these ideas are copacetic with its objectives.” And who better to ask than current AMA President, Dr. fred Rinaldi?

As it happened, she was travelling between Edmonton and Medicine Hat with a four-hour connection delay in Calgary. We met in the Yacima restaurant in the Airport Marriot. After ordering wine and exchanging pleasantries, I said “Can I first ask you a few personal questions?” She nodded.

“Where were you born?”

Surprise! I assumed it would be somewhere more exotic like Catalonia or Sicily. Dr. Rinaldi was educated in Medicine Hat and went to Dalhousie, did a Master of Public Administration (health services administration) – an unusual combination. She then did an MBA and then, after a law degree, she applied to medical school. She was accepted, chafed a bit at the medical student training, but found her feet in family medicine training “since in many ways it is like a small business.”

She came to work at the Medical Arts Centre in Medicine Hat, as one of over 25 physicians. “I was appointed without an interview. Not sure I’d have got in if there had been an interview,” she said.

She now lives “on the wrong side of the river from Danielle Smith’s constituency” with husband and a dog (Gekko) and enjoys her Honda CBR 1000 motorcycle and garden.

I thought her favourite poet might be e.e. cummings, the great enemy of the capital Letter, but it was Robert Frost. One gets insight from childhood experiences and fred’s pleasant memories were as a four-year-old drinking tea from clear glasses with her Italian grandmother and trying on jewelry at a neighbour’s family house (which has led to a life-long fascination with jewelry).

Dr. Rinaldi is an original character (an uncut diamond if you will) and is refreshingly direct and politically incorrect, a characteristic which may make her comfortable with politicians – you can get stuff done without worrying too much about fake posturing.

Any reform in medicine will bring advantages and disadvantages. There will always be complaining. The current system has worked for many years but

both medicine and surgery are now more complex but also more time-consuming for providers than in the past, and wait times must be reduced.

So here’s an effort – perhaps more concrete than the average article – based on years of working on the front lines of several health systems. Many suggestions have little evidence other than common sense to back them. Some topics were brought forward by myself, others by Dr Rinaldi. As in any conversion, some approaches were mutually agreed on, others would require further modification or nuancing.

In health care, there are three overall requirements for good morale applicable to any group: respect, educational opportunities for advancement, and money.

The cancellation of contracts with the AMA in 2020 pushed morale downward. Yet in the early phases of the pandemic, medical and nursing staff strove mightily to keep ICUs functioning and COVID victims alive. Now we are hearing snide comments and advice from people full of after-the-event hindsight. “This should have been done, that should not have been done”. We now have many ignorant people offering half-baked advice, safe in the likelihood that we are now dealing with an endemic coronavirus.

Current morale among medical and allied health staff is fairly low. Breathless incessant talk in the media about wait times in emergency rooms and for consultations and surgeries continues. Those striving to deal with wait times are never thanked as they should be. If you disparage any group, they tend not to walk the extra mile.

Canada has been accustomed to supporting stingy levels of funding for medical education. Importing foreign doctors and nurses is much cheaper – their education best paid for by developing countries. But too many committed, competent young Canadians denied admission to medical schools here seek education in other places. One daughter of a friend was admitted to University of Queensland Medical School. She now practices as a general surgeon there. She will never return to Canada.

Increase the immigration of doctors and nurses

Many politicians have the facile idea that all doctors and nurses are the same. Not so. Training differs radically in different countries, particularly in less fortunate countries. Registration of competence must be left to the colleges. Bringing in poorly trained docs and nurses can bring more problems than benefits.

Increase the availability of spaces in residency programs, particularly in family practice, for foreign graduates. This also then implies better funding for residency training teachers. These folk lose money by volunteering to teach the next generation of residents.

It’s a bit sleazy taking expensively trained doctors and nurses out of their own country to work here, but Dr. Rinaldi said she’d be uneasy denying anyone the right to emigrate to a location with a better lifestyle. I mentioned that in Calgary we have supported the Ateneo de Zamboanga Medical School in the Philippines. The great majority of their students are educated specifically for diseases in the southern Philippine Islands and stay there to practice – unlike many other Philippine medical schools where most graduates end up in North America.

Pan-Canadian credentialing sounds like a fair idea – most of the time, if you’re licensed in one province, there should be little problem other than the associated bureaucracy to license in another province. School and university data can be collected by the initial licensing authority and made available to any other provincial college.

Use smaller hospitals and clinics.

Smaller hospitals without ICU’s or other complex units have lower total per-bed costs than major centres. Many surgeries (e.g. orthopedic so-called elective surgeries) can be carried out in smaller hospitals. I also saw no reason why Alberta Health Services funded patients couldn’t have their operation/procedure in appropriately equipped and staffed privately administered facilities. (N.B. this proposal has not been endorsed by the AMA and is put forward only by the author, Dr. Alexander Paterson for discussion.)

This sort of programme might reduce the curious phenomenon here in Canada of travel to another city for surgery. An Albertan needing spinal surgery can travel to Vancouver to have this done privately - this avoids a reduction in the federal funds transfer to Alberta. A Winnipegger has to go to BC, Alberta or Ontario. This is mainly a result of extremely lengthy surgical wait times for some specialties.

As another example, Sweden has allowed its citizens to purchase government administered “duplicate health insurance” (public care in a private facility) covering the cost of care already covered under the public system.  If Swedes need a consult or an operation that is covered by public insurance, they can apply to have it in an independently run facility of their choice if available. Funding then follows the patient to the private facility. It doesn’t work perfectly but it helps a bit.

While many family docs see this as an old-fashioned, black Webley bag way of practicing, others do not. Home visits, seeing unwell patients (especially kids; older, frail adults; and certainly palliative care patients) should be rewarded appropriately and might decrease patient visits to emergency rooms.

Virtual consults are fine for many follow-up visits and some types of counselling, but the lack of physical examination can lead to an increase in unnecessary testing.

Navigating the acute health care system is hard enough. Navigating the chronic care system can be harder and is often opaque for a patient and their family. Each nursing home has its own rules and admission criteria. Enter the “concierge” – an experienced nurse, support care person, or retired doctor who understands the way to navigate acute care via the family doctor to the specialist efficiently and who has a working knowledge of the chronic care scene.

Having a cadre of smart, experienced people with knowledge of differences in nursing homes care for the frail elderly or those with dementia has proved helpful with useful advice usually given. This saves time for harassed, inexperienced receptionists answering complex phone calls: “Hang on. I’m going to put you through to one of our concierges.” Concierges are employed in some countries to effect. In Canada, they are used in private clinics. As treatments have increased in complexity, there is a role now for “case managers” or “navigators” or “concierges” – call them what you will. They could be a feature of the public system.

Vaccination ignorance and lack of understanding of basic population statistics has been vexing. Dr. Rinaldi felt strongly that patient responsibility is often lacking after years of a “free” system, and all need to be taught to treat our staff and facilities with respect.

She feels strongly that foreign graduates coming to Canada need to be well integrated into any rural community or they will leave after a couple of years. Teams are important to her. She thought that each member of the team should be relatively independent and that no individual (usually the physician) should automatically lead. Usually, by reputation, this is the physician, but need not be so. Information continuity is paramount, and communication with the family doctor must be top of mind.

We did not discuss in depth the issue of more independent private care in parallel with the public system, though we agreed only a minority of people are likely to be able to afford this. In Canada, it seems, private provision of services usually seeps in because of necessity (e.g. radiology) and when numbers of specialists allow it. We cannot envisage or support the widespread provision of private care run by large corporations occurring in Canada but a government arm’s length scheme, like a crown corporation, might be feasible in some provinces.

AMA President Dr. fred Rinaldi wants to advance the issue of trust with government focusing on business issues rather than politics. This is paying off within our interim agreements on practice expenses (“business cost program”) – critical but run-of-the-mill subjects that don’t get journalists too excited.

Please note the preceding resulted from an informal chat and airing of some ideas, and was not a policy meeting! After two hours of discussion, I saw Dr. fred Rinaldi back to her flight bound for Medicine Hat at 11:15 p.m.

As we said goodbye, neither of us realized her flight had just been cancelled with airport hotels full-up! It’s a frustrating and common occurrence for Hatters.