50 years after Medicare began in Alberta

As we approach the 50th anniversary of Medicare in Alberta, an article I read keeps reverberating in my memory. It was written by the Markerville pioneer Carl Morkeberg on February 14, 1968, and reprinted by the Central Alberta Historical Society in 2008 in Settlement Tales from West Central Alberta.

My past columns have focused on pioneering medical historical events and people. This reprinted article underlines how far we have progressed in making access to medical care better in the 50 years since Medicare.

A broken leg or an infected appendix in those days of no roads was often more than a patient could bear. There was no such thing as a comfortable ambulance and a couple of experienced first aid men to take care of you and make you comfortable, and then to whisk you into the hospital at sixty miles an hour with nary a bump along the way.

The best transportation you could possibly hope for was a democrat. In the winter time there was always the sleigh which was fairly comfortable to ride in as the snow smoothed the bumps out to quite an extent. An open sleigh on a cold day with a brisk wind blowing in your face is not the most comfortable place to be, but as that was all there was in the way of transportation in those days, everybody did it and everyone complained about it, but nobody did anything about it. 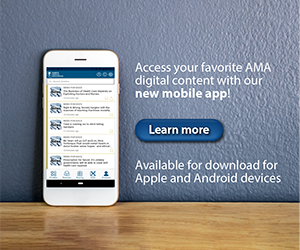 A broken leg or an infected appendix in those days of no roads was often more than a patient could bear. (Photo credit: Mike Goad, pixabay.com)

The journey from Innisfail to Markerville at present takes about 20 minutes. Driving in a comfortable heated car it seems like no journey at all. In those days sitting or standing in a sleigh with a team of slow heavy draft horses for motive power, three hours would be about the average. It seemed a long way from one telephone pole to the next one.

When going to town now it is customary to get the car warmed up good first. Then get into it without a hat or cap, no gloves, no overcoat nor overshoes. Sometimes I have them in the car, and I know that sometime I am going to get caught when it is 40 below with a brisk wind blowing and I am going to have a flat tire. They say that the Lord always provides and I am trusting that He will provide a good Samaritan to come by and help a grey haired bald headed man in distress.

Having lived in this part of the country for almost sixty-five years and knowing first-hand that the country is full of good Samaritans I feel sure that it would not be many minutes before somebody came along to offer his assistance.

This spirit of friendliness and helpfulness in time of need is what has made this country the pleasant place to live in that it is. May it ever continue to be just the same way.

In 1910 John Isbister, who incidentally was an uncle of Margaret Wilson (nee S. Deny), was trapping muskrats west and south of the golf course hill or in the vicinity of Napoleon Lake when he came across the body of a man in an advanced state of decomposition. He was in such an advanced state of decay that it was impossible to tell whether he was a white man or a half-breed or even an Indian. There was nothing on his person by which to identify him and so he was buried as such.

The body was discovered half submerged in a slough which was known for many years as dead man’s slough. The rest of this story is still more tragic. He had a wife who lived north and west of Spruce View in a shack on the land now owned by Henry Kemtrup. She was in an advanced state of pregnancy. I have tried hard to find out their names but so far I have had no success. The husband went out to work in a sawmill and had earned the sum of thirty-five dollars. On the way back out to where his wife lived alone, he stopped in Innisfail and bought one hundred pounds of flour and twenty pounds of sugar. This left him with about thirty dollars in cash. It was his intention to stay with his wife until after the baby was born. He never got there. Apparently someone took his life for the small amount of cash he had as well as the flour and groceries and probably the horse and saddle as well. There were a few characters around in the early days that would not hesitate a minute about doing a trick like that. 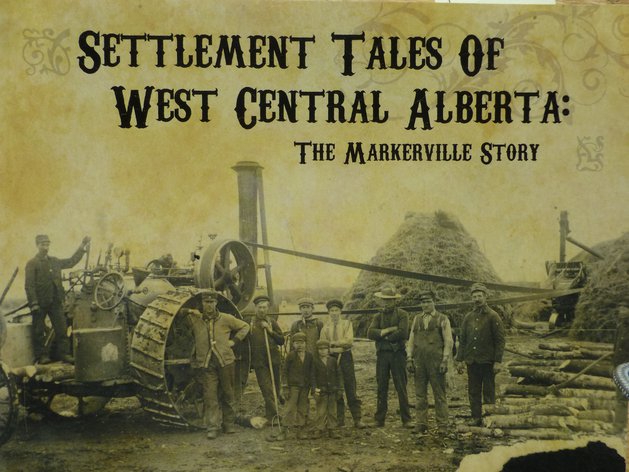 The wife waited in vain for her husband to come home to be with her during the last stage of her pregnancy. She never did know what happened to him. Her pregnancy ended prematurely, without warning as is often the case when twins are born. She was not far from help but she was unable to go to any of her neighbors for assistance.

She died and the twins died with her and they were not discovered for several days afterwards. If the neighbors had but known she would not have been alone, in fact just two miles away was Mrs. Sveinbjornson who was a trained midwife and had she known she more than likely could have saved her. When she was finally discovered the police were called and they found the bodies in such an advanced state of decomposition that they had to be buried right there.

The police went up to Sveinbjornson’s who was the closet neighbor to get some help. He and his brother-in-law, Billy Goodman, whom I mentioned in a previous chapter helped dig the grave.

They made a little fence around it and put up a cross and it stands to this day. Thanks to Henry Kemtrup the grave still has care. It was quite some time before the two events were tied together and the facts became evident. We read about such tragedies happening but never expect them to occur practically on our own doorstep.

This young couple and their twins never had an opportunity to enjoy the greatest half century of all time. Neither did they have to go through two great wars and the greatest political upheaval in all history. I sometimes wonder who are the lucky ones.

It was about this same time that Charley Monteith and his wife were out breaking a patch of land with a walking plow. Mrs. Monteith was holding the plow handles and Charley was driving the horses. The plow hit an obstruction, more than likely a root and went sideways, hitting Mrs. Monteith on the thigh and causing a compound fracture.

Now a compound fracture of the thigh is a tragic event under the best of circumstances, but under the primitive conditions prevailing at that time, the nonexistent roads and the lack of proper transportation, it was well-nigh tragic. Sveinbjornson’s were the closest neighbors and Charley went to Mrs. Sveinbjornson for help.

As I mentioned before Mrs. Sveinbjornson was a graduate midwife as well as a bonesetter. I guess you call them orthopedic surgeons now and on top of that even though she could hardly speak or understand a word of English she was blessed with lots of natural savvy and an unlimited amount of intestinal fortitude and never lost her head or got excited about anything.

All the equipment she had was a bottle of morphine tablets that Dr. Richard Parsons of Red Deer had given her to use in case of emergencies, a bottle of Lysol for disinfectant, some bed sheets torn in strips to hold the splint in place and a wire stretcher to stretch the leg so that the bone could be set.

She completed the operation and made Mrs. Monteith as comfortable as she could on a bunk bed with thin boards for springs and hay for a mattress.

Mrs. Monteith came along like a house on fire. In six weeks she was hobbling around on a pair of homemade crutches. In three months she could navigate with two canes. In six months she got along with one cane and when she died at the age of 84 she had not limped for fifteen years.