Avoiding burnout by keeping an eye on each other

A traumatic humiliation on top of unrecognized burnout?

Our medical world is full of 9 to 5 empathizers and sympathizers – and that’s the way I was advised to survive the emotional roller coaster of medical practice – compartmentalize and don’t take the stress home.

Listening to Dr. Brian Goldman’s recent program on CBC, “White Coat, Black Art,” discussing physician burnout, I thought: “Boy, I must have been functioning just short of burnout for most of my career.” I have the symptoms:

But we have to be careful talking about burnout as if it’s a physician-specific thing. It’s not. Many working people – up to 50% of the working population – experience these symptoms at times, and caregivers looking after a loved one suffering from Alzheimer’s frequently burn out. But one statistic suggests a bigger problem with physicians: rates of suicide are higher than in the general population, in the USA coming in at 40 suicides per 100,000 physicians. This is 30% higher than other work groups.

Suicide rates among physicians are 30% higher than other work groups.

I chatted with Dr. Alan Carroll, a child psychiatrist and old friend, who said: “One of the challenges we have is to decide whether burnout is a form of reactive depression which is not recognized by the high-achieving, perfectionistic and emotionally well-defended medical profession. The stigma in the medical profession toward mental illness still persists.”

A change is occurring in managing burnout – and it’s about time. When I was in an administrative position and listening to colleagues’ work complaints, I was less sympathetic than when I listened to a “real” patient. Sympathetic, perhaps, but at the same time, worrying about finding a way for the work to be covered. The thinking then was, “Yes, you’re disillusioned, tired and think you’re seeing too many patients. I understand that, and I’m sorry. But it happens to all of us. And that’s what you signed up for. You’re well paid, so suck it up – although perhaps we could look at you working in a different clinical area.” And I’m still a firm believer in the critical importance of sabbaticals (at least six months) for all, every five to seven years, a solution that’s hard to realize in busy practices and less than enthusiastically supported by administrators.

Sometimes the only way for one experiencing burnout symptoms to obtain relief was by having an undiagnosed illness – a mysterious pain syndrome or fatigue so persistent that time off, a rest, a break from the daily grind, was the only solution. The best solution was a “real” illness that all could sympathize with and then willingly cover the practice’s load.

For physicians today, many factors are on the increase which are part of the problem: 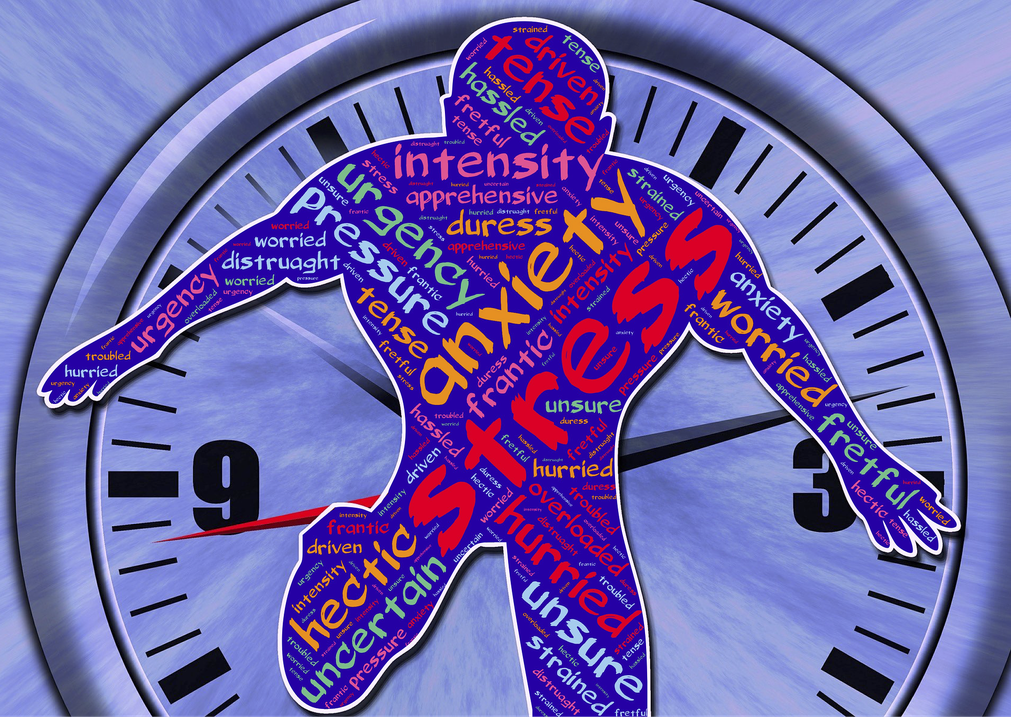 For physicians today, many factors are on the increase which are part of the problem (Photo credit: johnhain Pixabay).

But the essence of good medical practice is still total focus on the patient in front of you – their medical, family and social problems. Some doctors mistakenly think their job is to focus only on the bio-medical aspect of their patients’ illnesses. Taking a genuine interest in your patients’ family and social backgrounds is a well-known antidote to burnout. Mulling over a letter of complaint, a lawsuit or a grievance leads to loss of focus and a likelihood of making mistakes.

And there are many pathways to disaster – overwork and perfectionism being a couple. It’s not surprising then to find links of burnout to burnout’s Black Swan: suicide.

A person I’ll refer to here as “Pip” was appointed as a consultant physician in his early thirties at a London hospital. He was a big man in all senses: a bit overweight with a marvelous sense of humor, articulate, witty with a formidable command of English. He chaired committees with the bulky presence of a Churchill, speaking with clarity and authority. Woe, betide a waffler. Residents loved him. All respected him.

“A camel is a horse designed by a committee,” he loved to say, glaring round with a grunt and a fist thump on the table and then an all-encompassing chuckle. This now well-known definition took on the cast of wisdom to us juniors.

He was a first-class doctor, kind and gentle with patients, an expert historian and a master of physical examination, always listening patiently. As for his expertise, he was at the top of his career. His protocols are still used today.

As a junior resident, he taught me a lot – not to dismiss strange new ideas but to consider them carefully, to look at all available evidence and make management decisions decisively. He hated woolly thinking. The only non-Churchill thing about Pip was the way he’d periodically push his glasses back on his nose with his forefinger, a gesture of slight self-consciousness. It made him very human.

I last met Pip in India in the late 1980s where we were participating in a technology transfer meeting. “Paterson,” he boomed, “I have a bottle of duty-free. Let’s catch up.”

In the early 90s, he was asked to join a British team investigating a regional “cancer help centre” regarding their anecdotal claims that a regime of diet and counselling could produce as good (or better) results as the chemotherapy used at that time in patients with advanced cancer. In this study, patient survivals in the help centre were compared to survivals of apparently similar patients at major cancer centres. He was the only clinician on the team.

This made global news. Pip was interviewed on TV and radio. He called the regional program claims of improved outcomes “bogus.” The study was a simple comparison, but there had been limited stratification in the study – the regional cancer help patients were not clearly comparable to the control cancer centre’s patients – a major caveat in comparing different series of patients one to another.

Pip (not the principle investigator), in a rare mistake, seemed not to have carefully reviewed the study methodology. How easy it is for us to agree with anything that supports our prejudices. Was he depressed (or burned out) at the time of the study and his usual vigilance lowered? The sad thing here was that Pip was a supporter of good nutrition and patient support groups – but he always insisted on proper assessment.

When the question of comparability of patients came up, the study statistician admitted that he had not properly stratified the patients. From elation after the widespread applause on the article’s publication and his successful TV interviews exposing a bogus therapy, Pip slid to the depths of despair. He called himself a fraud, a fool, a failure. He was finished, an unrecoverable, disgraced doctor, he said. Two months after the article publication (n.b. the paper was never withdrawn), he was admitted to hospital in a fragile state. This psychiatric admission seemed to confirm in his mind his total failure. He discharged himself and was found dead at home.

There are many pathways to disaster – overwork and perfectionism being a couple.

Poor dear Pip … was all this on top of an unrecognized depressive illness? A traumatic humiliation on top of unrecognized burnout? Perhaps he could not bear the thought of the damage, based on potentially faulty data (never established), caused to patients attending the regional cancer help centre.

As his colleagues, we were overcome with remorse that we had not spotted his despair and misery. It seemed to be the rapid and profound transition from elation to despair – a catastrophic loss of personal confidence – but who knows what lurks in the heart of a person.

My friend, Alan, the child psychiatrist, commented: “This scenario is sometimes referred to as ‘the quarterback phenomenon’ in which a competent high-achieving individual has one inaccurate pass and blames himself for letting down the team.”

I recall, in that long whisky-fired conversation in India, Pip cheerfully telling me about a “black dog. “When the black dog comes along, there’s nothing one can do,” he said, as if talking about someone else. I failed to see he might have been talking about himself.

Mistakes, malpractice lawsuits or even nasty letters of complaint are oppressive for physicians or surgeons, consuming the mind for a while. The nearest for me has been the letter of complaint – and I’ve had a few – which can lead to days of morose resentment and a reduced ability to focus on your patients’ far greater problems.

That is my personal problem, and yet some clinicians can throw off a letter of complaint like a dog shaking itself dry after a dip in water. Some other danger signs of risk of burnout may be:

I talked to a friend who had just returned to work after a few-month’s gap, recovering from significant burnout. He undertook a complete review of what was happening in his life:

This was the turning point. He has now returned to working part-time (three days per week). Going through a process of getting to know himself, self-analysis, counselling and rest, he feels re-energized, fit for work and now does in three days what he previously took five days to fulfil.

“There’s a huge emotional impact in what we do. How do we instil hope in our patients if we have no hope ourselves? Physicians are expert at maintaining competence in certain domains while failing to re-fill the vital domains of a wholesome life,” he says.

My friend recommends visiting The Happy M.D. (www.thehappymd.com), which helped him focus on his unresolved personal problems.

Practices, clinical departments and teams might do well to set up a group (not a committee) of watchers sensitive to physicians (and others) who may be nearing burnout and putting in place a remediable program. Easier said than done, but it’s better than what I used to do – or not do.