Can the center hold? 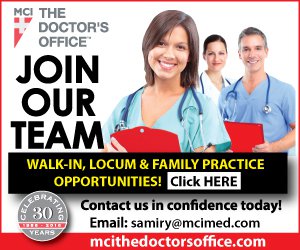 “One of the penalties for refusing to participate in politics is that you end up being governed by your inferiors” (free translation from Plato, The Republic, Book 1, 346-347).

“The best argument against Democracy is a five-minute conversation with the average voter,” Winston Churchill apparently said. This is a variant of H.L. Menchen’s: “No one ever went broke underestimating the intelligence of the American public.” But hey, the pith and marrow of Can Democracy and what our ancestors fought and died for over the centuries is the choice and ability to heave the blighters out every four or five years despite their conniving skullduggery. This is the essence of freedom!

Yes! Election time is coming! Home telephones peal out the bells of free speech during dinner on a late summer evening, and an earnest woman greets you then switches on a recording of either a slagging or a panegyric of Justin, Andrew, Jagmeet, or Lizzie.

It’s the early phases of the hustings hustle for the October 21 federal election, that four-yearly carnival of mini-scandals, breathless headlines and posing wannabe leaders and power brokers seeking the dramatic poise of sincerity, which, if you can manage to fake it, you have it made. All are grasping for the ring – the ring of power (or the illusion of it), with the attendant scandal seeking, opponent slagging, over-promising, hyperbole, word-bending, truth stretching, misinformation churning and outright lying.

And in the health care arena at this early stage, it’s all about national pharmacare (NP).

“On ne ment jamais tant qu'avant les élections, pendant la guerre et après la chasse,” say the French. But why does the electorate fall for this, seeming never to realize how much bull is perpetrated. Well I don’t think we all do fall for it – it’s that we’re inured to BS. It’s expected. The smart people vote for the person who will do them least damage; some just want a facial change – any change; a few gullible innocents (mainly in Ontario and BC) fall for the BS.

So stand by for the limited articulacy of mind-numbing dead metaphors, phrases and slogans: all will be “reaching out;” hoping for a “landslide” victory; using “win-win” “conversations” (there are no “discussions” these days); “going forward” (only deadbeats say “in the future”); “empowerment” will occur; “the planet“ will be saved by declaring a “climate emergency” (there will be daily fearsome updates from global climate panels); “at the end of the day” solutions will be looked at with “a new lens”; “colonialists” and “white settlers” (terms favored by seekers of the Indigenous vote) will be “woke;” they’ll “have our backs,” protecting from us “fake news” (usually sloppy misinformation or, hopefully rarely, disinformation); and, of course, all are “fighting for the middle class” (that great unwashed, writhing mass buttressed at each sociological end by the filthy rich and street people).

Real “fake news” is usually a feature of celebrity garbage papers available at the check-out counter. The context of the fakery is important – usually a cornucopia of dating and bedding arrangements of minor celebrity posers, non-evidence of a forthcoming invasion of Mother Earth or modern variants of fairground freak shows. You should be able to spot it.

Then there’s the problem of candidates using words of specific denotation but with formerly explosive connotations – leading to a bending of the meaning of words. Take the liberally thrown-around word “racism,” which has led to a neutering of its effect; most now shrug when it’s used. As a recent example, David Chang, Chef and CEO of Momofuku Noodle Bar, called the food “ethnic aisles” in supermarkets “racist.” Whatever you think of ethnic aisles (where tinned haggis can be found), they are a product of culture, not race.

Health care and pharmacare are likely to be issues in the federal election campaign (Photo credit: Arek Socha, Pixabay.com)

National pharmacare: affordable drugs for all or Ottawa overreach?

According to a CBC News poll, the economy and climate change will be the two leading election issues but health care will likely be in the top three or four, so here are some details of the party platforms on this issue.

They want national pharmacare but so far have given few devilish details. The 2019 budget awarded $35 million over four years to negotiate lower drug prices and create a national formulary – both worthy objectives. But the Liberals’ Advisory Council on the Implementation of National Pharmacare has come up with 60 recommendations including, God forbid, another pan-Canadian agency. The Libs have announced that the Patented Medicine Prices Review Board (PMPRB) will no longer consider drug prices in the USA or Switzerland when setting maximum prices for patented drugs; the board will also be required to provide information on discounts to certain provinces and private insurers.

Leader Andrew Scheer believes there are better ways for the federal government to ensure Canadians have access to necessary drugs, such as filling coverage gaps for people without provincial or employer plans. Scheer prefers less central government planning – he’d move to a more decentralized federation in which “decisions would be made by the smallest governments closest to the people affected.” A Conservative federal government would increase predictable health funding to provinces.

Leader Jagmeet Singh will be busy-busy with rollout of a pharmacare program by 2020 with $10 billion annually and will push for universal coverage of dental, mental, fertility, vision and hearing care. He would sharpen the teeth of the Canada Health Act to stop any privatization of health services and user fees, plan to recruit and retain health professionals, prevent the sale of blood products, and ensure equal access to abortion. The NDP will develop national strategies for seniors, autism and suicide; declare the opioid epidemic a public health emergency; and sue drug companies for their role in the crisis with criminal charges. They would “force drug companies to disclose confidential price rebates they offer to public and private drug coverage payers.” They’ll invest in “health care infrastructure” in Indigenous communities.

No kidding, has the sharpest plan to tackle climate change. Canada’s emission target will be reduced to 60% by 2030 with no emissions by 2050. The party will also declare a climate emergency, ban fracking, make a nationwide shift to non-nuclear renewable energy, and retrofit all buildings to be carbon neutral by 2030. And, by the way, they’re for pharmacare – in any form as long as it’s emission free.

So you should know about the pharmacare issue

Dr. Eric Hoskins and his Advisory Council on the Implementation of National Pharmacare (a creation of the Liberal government) have 60 recommendations for pharmacare.

“Currently our uneven, inconsistent and tenuous patchwork in no way resembles a system,” writes Dr. H. “We spent $34 billion annually in 2018 – more per person per year on prescription drugs than any other OECD [Organisation for Economic Co-operation and Development] country, with the exception of the United States and Switzerland.”

The council proposes a new agency which would hopefully (but unlikely) be arms-length from government, approving drugs and devices using: “rigorous, evidence-based methods” with “good value for money.” The agency would also provide: “advice and monitoring” and would involve all stakeholders including the usual suspects: pan-Canadian committees of this-and-that. Health Canada, the pan-Canadian Pharmaceutical Alliance, the Canadian Agency for Drugs and Technologies in Health, the Patented Medicine Prices Review Board, the Canadian Institutes of Health Research, Uncle Tom Cobley and all – all would be involved in a chummy bureaucratic merry-go-round.

The initial formulary would be a list of essential medicines covering half of prescriptions for major conditions beginning January 1, 2022, with full formulary by January 1, 2027. Surprisingly, the report recommends user fees (within strict limits): drugs on the essential medicines list would carry a co-payment of $2, while all other drugs would have $5 co-payments with certain groups not paying.

They also recommend the new Canadian drug agency “establish pathways” and “national expert panels” to work with patients and clinicians to determine which new expensive drugs and which rare-disease drugs should be funded for which patients. Funding for these should be in place along with the essential medicines list, beginning January 1, 2022. But, hey, we already have laborious review processes (e.g., for new cancer drugs), so this would be another bureaucratic step but, no sweat, the federal government would pay for the incremental cost of implementation.

The council wants the five hallowed principles of Medicare in the Canada Health Act to be applied to NP: Universal, Comprehensive, Accessible, Portable and Public.

Big heartedly, they recommend NP be flexible for provinces to give coverage beyond national standards and that Canadians be allowed to purchase private insurance to supplement coverage, thereby continuing the very issues of “unfairness” which gave rise to the creation of this committee. They also tout the mantras of a “gender and equity lens” and “Indigenous engagement.” Despite adding another layer of bureaucracy, they expect a shortening of the time for approval of new drugs – well … dream on.

The national formulary would provide appropriate treatments for different age, race, ethnicity, sex, gender identity, children and youth (i.e., everybody, though babies are not mentioned). There would be mandatory generic and biosimilar substitution and “performance-based funding agreements” with manufacturers of rare-disease drugs, where: “the amount paid to the manufacturer depends on how well the drug works.” Easy.

They ask the federal government to invest in IT to ensure all governments have capacity for data collection (including from gender, diversity and equity perspectives) to address gaps in data and to support ongoing management of NP (no mention of the Phoenix payroll system – now over-budget forecasted to be $2.2 billion!). This would include “data systems” possibly using “blockchain technology” (wow, Bitcoins?).

Sensibly, the council recommends the federal government: “streamlines and modernizes its assessment of drug safety, quality and efficacy so patients have faster access to innovative medicines.”

Jack Mintz, University of Calgary economist and influential column writer, had a dry response to this enthusiastic document:

The advisory council chaired by Eric Hoskins, former Liberal health minister of Ontario, examined a single-payer national pharmacare program for Canada. The most important arguments are based on the ability of a pharmacare program to bend the cost curve by negotiating lower drug prices and to help a minority (no more than a tenth across income groups) who have difficulty coping with drug expenses.

The report’s estimated cost for pharmacare … has been criticized by financial experts. The Parliamentary Budget Office assumption that the federal government would negotiate an immediate 25% reduction in prices with international pharmaceutical companies (a $4.3-billion savings) … is highly improbable at least in the short term, and may not be achievable at all.

They also may have underestimated the growth in drug costs taking into account inflation, aging and the higher expenses of newly introduced drugs or medications to treat rare conditions. With these higher costs, the employer-employee combined payroll tax rates could be as high as 6%.

It’s one thing for the provinces to negotiate together to reduce drug prices but it’s another for a single body to dictate which drugs are listed, what generic drugs should substitute for brand drugs and how the cost should be covered by which tax.

The lack of specifics on financing and the inevitable haranguing with the provinces will likely mean that the Hoskins report will gather dust, like similar previous reports. Federal political parties might promise pharmacare but it is a dream unlikely to happen.

I agree with Professor Mintz’s critique – but the Liberals are determined folk.

My summary? A Canadian national formulary? – About time.

Attempts at national negotiating? – OK, we’ve been suggesting this for years.

But preserve us from yet another central agency.