Cassandra Nysten is a second-year medical student at the University of Alberta. She grew up on a farm east of Carstairs, Alberta, and became involved in community sports and initiatives at a young age.

While pursuing a Bachelor of Health Science, Cassandra became involved in learner wellness in her role as a Senior Lead with the Peer Health Education team at Mount Royal University. Cassandra also volunteered as a rehabilitation volunteer at the Association for the Rehabilitation of the Brain Injured and a swim instructor for children with special needs through SwimAbility Calgary.

While balancing the rigorous demands of medical school, Cassandra became a senior lead of the Rural MD Ambassadors program and president of the Alberta Medical Students’ Conference and Retreat. Additionally, she has committed time to the Alberta Match Working Group and the Professionalism Task Force.

Cassandra enjoys spending time hiking, skiing and scuba diving. Her travels have taken her to the coast of Cozumel for amazing open water dives, all the way to Everest Based Camp in the Nepal Himalaya for a research expedition. Cassandra has found many aspects of clinical medicine fascinating, but has developed a particular interest in emergency, rural family, pediatrics and general surgery. 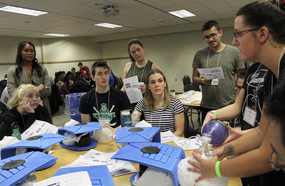