Dr. Teresa Eliasson graduated from medical school (1993) and completed a residency in family medicine at the U of A/RAH (1995).

She was a general medical oﬃcer for the Department of National Defence (DND) for four years. After she was released from the military, she moved to northern Manitoba to join her pilot husband. She worked as a family doctor there, then entered a residency in anesthesia at the U of M and followed that with a fellowship in pediatric anesthesia at the same institution.

Dr. Eliasson moved to Edmonton (2006) and has been in the department of anesthesia and pain medicine at the U of A since that time. She has been an assessment physician for PFSP for a few years now.

Besides spending time with her family and dear friends, she enjoys art, gardens, pets and exploring new ideas. 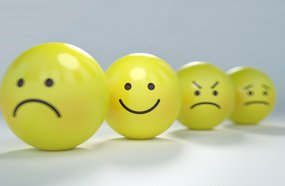 Psychological self-care is not a fairytale