During that time, she completed two deployments at the Multinational Medical Unit in Kandahar, Afghanistan and a deployment with the Disaster Assistance Response Team to the Philippines following Typhoon Haiyan. Some of her favorite positions include being a senior instructor for nursing officers and medical technicians at the Canadian Forces Health Services Training Centre and nurse manager and simulation training coordinator at 1 Canadian Field Hospital.

Since arriving at medical school, Stephanie has been actively involved in the Calgary Medical Student Association as the VP External Affairs. This lead to her appointment as student representative on the Alberta Medical Association and the College of Physicians and Surgeons of Alberta boards in 2017. She is currently fulfilling the role of Executive VP and VP of Student Affairs for the Canadian Federation of Medical Students. Stephanie is passionate about advocating for both her peers and her patients. Establishing the AMA Student Spotlight is one way she hopes to highlight the amazing work medical students are doing. 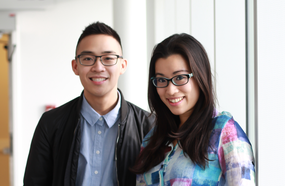 Preparing for the unexpected