“Some are born retired, some achieve retirement and some have retirement thrust upon them” (apologies to Shakespeare’s Twelfth Night).

Mark Clemons, a friend in Ottawa, and I were asked by the editor of The Oncologist to update a retirement article we wrote eight years ago. Dr. Chabner wrote: “It would be interesting to hear how you all feel about retirement eight years later, especially in view of the increased regulatory aspects of practice, COVID and the practice change to virtual visits. I think the incentive to retire is greater now than before.”

What has changed? A lot and not so much. There remains the spectrum of retirement pace – from the Macbeth approach (“If it were done when ’tis done, then ’twere well it were done quickly") to the MacArthur approach ("Old soldiers never die; they just fade away") and shades in between.

Compared to 2013, we’re experiencing a pandemic-accelerated societal revolution of diversity, inclusion and equality, with a feeling of unease in some quarters, a shrug in others and applause in still others.

Forty-six years ago, when I came to Canada, there wasn’t much extreme polarization of political views, or if there was, social media wasn’t around to amplify it. I sensed no feeling of “them” and “us.” The wealthy had perks like golf club memberships, but there wasn’t a pervasive feeling that if things went wrong it was always someone else’s fault. Maybe it’s the pandemic but, when listening to CBC Radio now, so often someone is complaining that someone else needs to do something about something – usually the government. Politics seems to have become much less of what’s good for the country or province and much more of what’s good to keep me in power at the next election.

Societies are changing faster than ever before in human history – although often “plus ça change, plus c’est la même chose” – the same problems emerge in a different context, like elderly loneliness and adolescent confusion in an artificially connected screen-gazing world. Our multiple cultures, races, regions and tribes with their centuries-old ways of doing things now find themselves (thanks to the internet) mixing, jostling, arguing and antagonizing each other at a faster pace, where before change came slower with give and take.

Social media excess has generated a feeling of chaos. Pre-Facebook or Twitter, an unpleasant loudmouth in a committee or social gathering could be ignored to wallow in his certitude. Now he has a platform with amplification to generate more anger. If there’s a fool born every minute, you can now lasso all of ’em with one click.

But for all the apparent self-flagellation going on, and although we don’t have a perfect society, millions are still doing their best to enter Canada and live here. But some of us have had enough conflict and want to retire to the boat or to keeping honeybees.

In Alberta, the last 18 months have seen doctors attacked by fallacious allegations from politicians, assailed by micro-managing armchair experts and assaulted by scoffing releases and tweets from eager press secretaries. Family docs in cities and in rural areas have been insulted and defamed while seeing their practice revenues dropping 20% to 30% – meanwhile politicians have nobly taken a 5% salary reduction. Despite peace talks, for those who can afford it, retirement seems a logical release.

Digitization did not feature in our original article but seems to have more influence now on retirement decisions. The electronic medical record has revolutionized access to patients’ data. Instead of poor Susan running around all day with a pile of charts in her arms delivering them to whomever, now any number of people can access clinical information at the same time. This is fine, but administrators need to make a mark and tech companies need profits. Instead of improving privacy and ease of use, they cannot resist changing the appearance of screen pages and some critical aspects of medical ordering. Learning a new system purported to be “better” means adjustments that some are not willing to make as the realization dawns that the number of days of keeping on the upper side of the grass are falling away like the movie cliché of wind blowing pages from a calendar.

An example of a slick Macbeth retirement comes from my co-authors in Ottawa. A local surgeon at the end of an exasperating session learning the new and not necessarily better computer program Epic threw his hands up at the end of a session and announced: “That’s it. I’m out. Chao.” And he meant it. He left – lists cancelled, hasn’t been seen since.

Secretaries used to keep the regulatory paperwork under control, but now physicians do more themselves. Clinic organization in hospitals? Well, Ottawa Hospital has brought in “process engineers” to “help” docs organize their clinics using mathematical modelling of “target” versus actual numbers. No more last-minute clinic adjustments for urgent cases! Vacation time must be planned a year ahead. Spending the day staring at a screen is not what most went into medicine for. Many docs have had this up to their gills.

COVID-19 has increased time spent doing telephone or virtual visits. This is fine for well follow-up patients with no new symptoms and for some psycho-social interactions, but the importance of a good history and physical examination for a patient’s sense of well-being can be underestimated by busy physicians. The power of touch after a full and confident history and physical is well-documented – hard to do virtually although I’ve tried peering at a screen and asking the patient to move closer to the camera! The gratitude of thankful patients keeps us going. 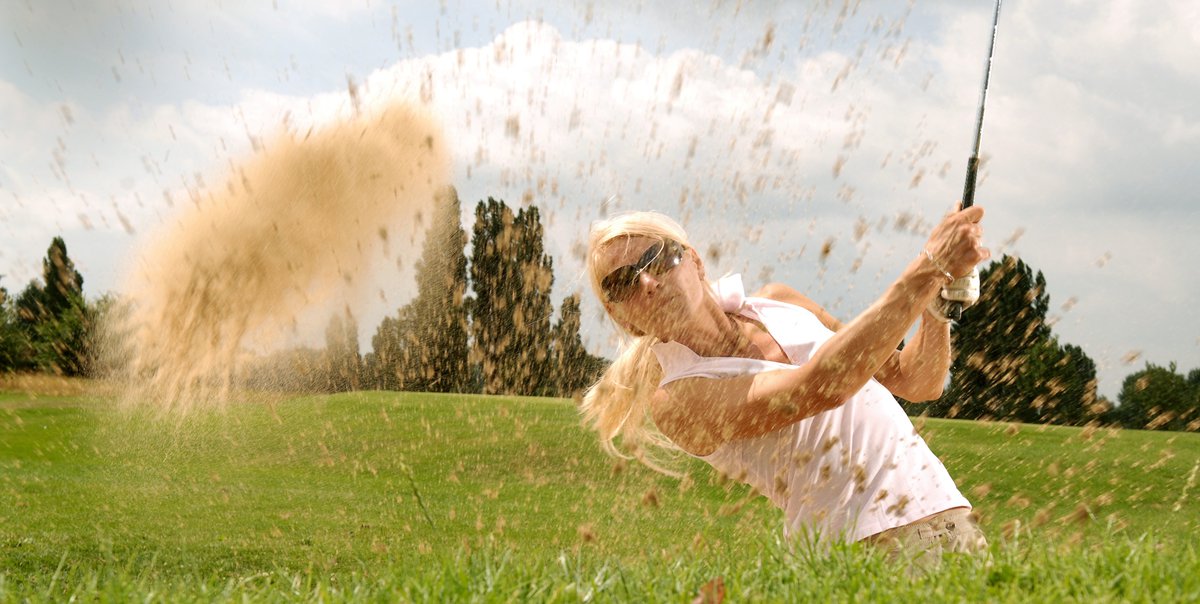 “You should retire to something, not retire from something.” - Clarence Guenther, retired pulmonary physician and CEO of Calgary Foothills Hospital (photo credit: Pixabay.com)

“You should retire to something, not retire from something,” said Clarence Guenther, retired pulmonary physician and CEO of Calgary Foothills Hospital, who did a Macbeth exit and has had a satisfying retirement involving activities in global health (including the Philippines, Laos and Tajikistan) and editing/organizing the first medical textbook in the Lao language. He’s also written a most interesting book Ultimate Health (Friesen Press, 2016).

Despite many offers, after retirement Clarence never accepted structural jobs where there was a full-time commitment. “Everything involves personal choice. If you want to travel the world the same way as in your professional life (three- to five-star hotels and business class flights) then you’re going to need a good income for that lifestyle. But if you choose more modest accommodation and travel, you not only live more cheaply, you learn more about less privileged peoples, their customs, politics, religion and beliefs – an enriching experience.”

Clarence’s hobbies? Reading, writing and golf – not working on his swing and score, but enjoying the walk and observing wildlife and vegetation. Not for him the aphorism “golf is a good walk spoiled.” Clarence’s one regret (that he admitted to) was lacking training/ability to work with wood at home – nothing seemed to join up as planned.

Another friend, Dave Miller, family doctor extraordinaire and AMA award recipient with nearly 50 years practicing in Beaverlodge, has taken a different path – more of a MacArthur exit. He gave up call and his full-time clinic three years ago but eased into partial retirement doing weekly lumps-and-bumps sessions.

“Maybe you’re not as good as you think you are,” said Dave. “But after nearly 50 years, giving up work you enjoy does leave a huge hole.”

Dave was sceptical about the idea of preparing for retirement, though he did a couple of university courses (theology) and fondly eyed his guitar. “Nice idea but not for everyone. I never was a ‘let’s get prepared’ kind of person – I didn’t prepare for going to medical school or coming to Canada. You just do your best after considering your options. But I would like to be doing something useful – it’s what I’ve done most of my life.”

His idea of a year’s travel was hit by the pandemic lockdowns. Financially, he’s confident that the extra years working will provide a cushion for unexpected events.

Surveys suggest the first year of retirement is the most stressful. One is no longer the knowledge fount for medical issues that people turn to at dinner parties. But there are big benefits. Health may improve with more time for personal well‐being and exercise.

One formula is to budget for 70% of your pre-retirement income (photo credit: QuinceCreative, Pixabay.com)

Seven years ago, Mark Clemons and I wrote: “Asset allocation depends on individual circumstances to get a precise mix but should be based on your risk tolerance and proximity to retirement. Excess withdrawals pose risk depending on one's age and capital accumulated. Withdrawal rates over 4% run the risk of reducing your capital savings.” That still applies.

My favourite economist (apart from Adam Smith, of course) is John Kenneth Galbraith, who wisely wrote: “There is the dangerous cliché in the financial world [that] everything depends on confidence. One could better argue the importance of unremitting suspicion.”

Politicians and “new economists” blithely tell you it’s different now – interest rates are so low you might as well go deep into debt. No matter how often I ask, no economist can tell me what the fiscal effect of 10 years of “quantitative easing” and huge pandemic payouts is going to have. Inflation? No sign of it. Higher interest rates? Not likely, etc. But it took 15 years for high inflation to hit the West after World War II – everyone was saving, rationing, being thrifty, paying heavy taxes and lucky to have a job. As governments learned to “quantitatively ease” money supply for national projects, material costs increased, employment rates improved, wages increased, and prices increased. Inflation is surely coming – it may just take its time. For folks on fixed incomes, inflation is the big enemy.

As for taxes, stand by. Recall in Tolstoy’s War and Peace, as Napoleon and Tsar Alexander negotiate as to whether or not to fight the Battle of Austerlitz, the Russian grunts know what’s going to happen and wearily don their fighting uniforms, oil their shotguns, and prepare for the death they know is coming whatever the Great Ones say.

For 2023, the UK is throwing out inflation-adjusted taxation bracket thresholds, and you can bet on that happening here. Annual pension adjustments won’t keep pace with inflation. Capital gains, GST, and carbon and corporation taxes will all increase, plus new hidden taxes. The top federal tax level is currently 33% at $216,511/annum. Add another 14% for Alberta taxes – watch the federal take start rising in 2022.

One formula is to budget for 70% of your pre-retirement income. For those on $200,000 or less, this is about right, but for those on incomes of $400,000 or more, 70% may be more than needed. If you want to travel, staying at top hotels and flying biz, then 70% might not be enough. But explore cheaper digs and transport and you’ll manage for a few years and have a more interesting time.

The unknown risk is life-span. If you retire at 65, statistical projections say you should be able to fund yourself and dependents for another 25 years at least. You don’t want to end up like Thomas Wilson in Somerset Maugham’s short story The Lotus Eater. Wilson, an early-retired banker bought a 25-year annuity, lived happily on Capri for 25 years, but when that time was up, backed out of a planned suicide and had to move into the cowshed.

Accountants say you should have at least $2.5 million invested if you want to continue living the Life of Reilly. But then there’s the extra $50-60,000 per year for looking after a significant other or yourself with chronic illness. Best advice: engage a good retirement planner to model required income and assets over time with all those risks coming at you.

Here’s to the Brave New World of increased longevity with declining assets and memory.