After completing a Bachelor of Indian Social Work, Brenda worked at Gordon’s Indian Residential School providing counseling services. In June 1988, 17 girls disclosed that they were being sexually abused by a staff member. These disclosures were the first litigated case of sexual abuse involving an Indian residential school (IRS) staff member in Saskatchewan and Canada. The litigation led to the 2007 Indian Residential School Settlement Agreement – the largest class action settlement in Canada.

During her Masters in Counselling Psychology, the focus of Brenda’s research was on intergenerational trauma suffered by family members of former IRS students.

Brenda developed the IRS Resolution Health Support program under the IRS Settlement Agreement and the Truth and Reconciliation Commission. She shares her experience through numerous speaking engagements. Brenda was an expert witness on the Supreme Court of Canada case: Fontaine v. Canada regarding the National Centre for Truth and Reconciliation’s appeal on the Independent Assessment Process’s record destruction.

Brenda was recognized by Alberta Foster Parent Association by awarding her the Social Worker of the Year in 1992. In 2019, the Alberta Medical Association awarded Brenda the Medal of Honor for her outstanding personal contribution to health care in Alberta. 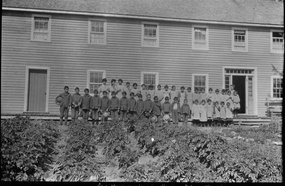 The consequences to health