An important step toward medicare

The debate that started the Cardston Medical Contracts in 1932

“We have nationalized our educational facilities,
So why not take the next logical step
and nationalize medicine.”
- D.O. Wight, 1931

The recent Saskatchewan-based book Radical Medicine has led to a re-examination of the seminal Cardston Medical Contracts (CMC) program of 1932-1970. The program arose from a debate on state medicine on January 4, 1932, and it had a direct influence on one of the steps that was taken toward medicare. The debate occurred six months after Dr. W.A. Atkinson alerted the Edmonton Academy of Medicine to the possibility that the government was considering the Russian concept of placing doctors on salary. Dr. Robert Russell of Cardston, Alberta, who worked under the CMC program, knew it well.

The Cardston program was immediately popular, with 147 families signing up for it in the space of two weeks. They paid $25 per family per year for medical coverage. One half of the town of 2,000 would eventually sign CMC contracts.

Prominent local lawyers N. E. Tanner and E. W. Hinman, together with Cardston News owner/editor D.O. Wight as chair, acted as the trustees for the program. It lasted until Alberta joined the federal medicare program in 1970. 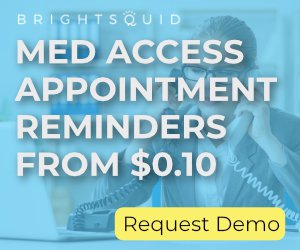 Cardston was one of the first communities in Canada to offer a municipal hospital, followed by a voluntary prepaid medical insurance program (photo credit: Marvin Polis)

The program stemmed from the October 1931 formation of the Cardston debating society. The topic for the meeting on January 4, 1932, was state medicine, with newspaper editor David Osborne Wight presenting the “for” side and local principal J.A. Low presenting the “against” side. In his debating notes, Wight demonstrated a broad international knowledge of state medicine. They also indicate he was a strong supporter of the Saskatchewan municipal doctors’ program.

Wight gave multiple reasons for supporting a state medicine program. He believed more fees would be collected under it. Doctor incomes would be higher. Exorbitant fees would be avoided. Costs for tonsillectomies would be halved, as charged by the travelling clinic in northern Alberta. Public health would be improved, workloads reduced, interest in recovery intensified, and there would be an improved relationship between the doctor and the patient. The doctors’ authority, he felt, would be enhanced, making it easier to enforce public health measures, and there would be no fee splitting.

If physicians were fully salaried, he believed there would be an incentive to work harder and to increase their qualifications. There would be a reduction in on-calls and emergencies, less haste to see patients and less overwork. Self-medication would be reduced. There would be fewer operations. Diagnoses would be more prompt. Competition would be reduced, and physicians would be hired only after their standard of work was acceptable – after a probationary period. He noted 44 of Alberta’s 600 physicians were already full-time (mostly psychiatrists and public health doctors). He also thought that physician competence would be improved, quacks reduced and jealousy between doctors diminished.

For the patient, he felt there would be a better immunization program. Deaths would drop up to 34% from avoidable infections (TB, diphtheria, typhoid) and cancer. Maternal deaths would be reduced. There would be no unnecessary loss of life from avoiding doctor visits. Regular medical exams would increase. Better prenatal care would follow. Everyone would get the same attention. More time would lead to less haste. Reliance on patent medications would be reduced as well.

Wight speculated that Low, whose notes are not available, would emphasize the increase in taxes that would follow, the reduction in doctor choices, and the enslaving of doctors. The personal relationship would be lost.

The recollection of Dr. B.Y. Card who was at the debate indicates the “for” side won.

Immediately after the debate, Wight offered through his newspaper, to start a medical insurance program so long as 100 families agreed to join it. Oversubscribed, it started on March 1, 1932, the same day the Alberta government appointed the Hoadley Commission to recommend an acceptable form of health insurance in Alberta and ”method by which it should be paid” or maybe “payment model? “This seems awkward.

Literature recognition of the Cardston program was limited to an article in the first issue of the Canadian Doctor in 1935. The program was never replicated elsewhere. Even today, it remains obscure, despite standing as a unique example of a socially conscious community willing to improve the health of the whole community during the Great Depression.

On the Hoadley Commission

Wight was well aware of Alberta’s 1928 legislative inquiry that supported a health insurance program and the annual request to the government for a state medicine program that followed. Health Minister Hoadley’s awareness of the Cardston program is unrecorded. Whether it triggered the appointment of the Commission or not, he could not have avoided knowing about it. The commission, in its December 1932 report, determined the coverage of services (doctors, hospitals, drugs and dentists) would require a provincial subsidy if it was to be extended across the province.

On the Cardston program trustees

He moved to Provo, Utah, and subsequently started Blue Cross of Utah, which still exists. Ten years later Archdeacon Middleton wrote to him. “Your departure … left a distinct gap in the accredited editorial comments … I have missed you – the Town has missed you – the community is lost without you; and the Newspaper lacks the ‘fire’ and leadership of its former Editor [Wight].”

On Cardston and District

The Mutual Improvement Association (MIA) of the LDS Church initially sponsored the program. It became autonomous when the new Cardston Health Society (CHS) took it over in 1938. The program survived the 1948 initiated, physician directed, prepaid Medical Services Incorporated (MSI) program, as its costs were lower (fewer services. no specialists were covered and overhead was lower). From a physician perspective, there were no doctors on the MIA/CHS Board to adjudicate problem cases.

On the province of Alberta

The $25 contract per family per year example spread widely and rapidly throughout rural Alberta. Lethbridge was the most receptive community, signing up many citizens, including mining company employees. The Lethbridge medical leader, Dr. Steve Schmaltz, became the manager of MSI when it started in 1948.

Archer’s Lamont clinic signed prepaid medical insurance contracts with several local municipalities starting in 1933, creating the Di Bozcha program. After the backlog of care was dealt with, Archer spent the next 10 years encouraging acceptance of the concept of prepaid medical insurance, particularly among physicians. He secured AMA and then CMA support “in principle” for a hospital and medical insurance program in Canada in 1943. It had the same coverage Archer and Dr. W. Wilson had proposed to the Hoadley Commission for Alberta in 1932: doctors and hospitals – the coverage we now have.

Drs. J.K. Mulloy and M.J. Baynton agreed to participate in the program. Their monthly payments were $203 each for the first year. The contract covered all medical care including hospital care. At the end of the first contract period, the doctors offered $25 contracts directly to their patients. Their patients politely declined them. Mulloy also provided medical care to the Cardston Blood Indian Reserve hospital for 18 years, as Chief Running Rabbit, before he left in 1938 to build and manage the Col. Belcher Hospital in Calgary.

While contracts were popular, some families signed for just one year, when the prospective mother became pregnant. Contracts were not transferable if the family left the district.

On the LDS Church

Church leaders looked upon the program as a contribution to the social fabric of their community. Honestly run, it benefitted from gratuitously provided leadership.

Wight’s notes mention that “the Russian compulsory health services followed the German [Bismarck] plan,” adding without explanation that the German plan had failed. The AMA resolutely objected to placing doctors on salary.

Major political upheavals were already underway in Alberta following the resignation of United Farmers’ Association's (UFA) only president Henry Wise Wood in 1931. The “Ginger offshoot group” was formed, which led to the founding of the CCF in Calgary in August 1932. Rev. Tommy Douglas was an original member. In the CCF’s Regina Manifesto of 1933, and as Wight had wanted, it resolved to make health care as accessible as education.

Despite the Cardston program’s obscurity and non-replication, it became an example of what the public would support, a not-for-profit, combined hospital and prepaid medical insurance program, even if they had to pay the full insurance cost of it during the Great Depression. The concept would resonate, reaching an 80% public support level in Canada by 1943.

You can learn more about the Cardston Medical Contracts here.